I-Rish I Wasn't So Stout 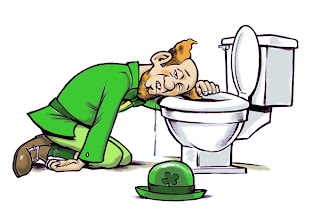 It's not blarney and you may opt to stone me for this, but I have to get something off my non-green wearing chest--I've got to admit I'm just not that huge a fan of Guinness. I know, I know, saying that on March 17th is like dissing chocolate on October 31, offering up a recipe for rabbit on Easter, or like saying you don't like condoms on Father's Day, but that's the kind of guy I am. The good news is I'm not particularly singling out Guinness, just using them as emblematic of Irish stout in particular. Let me explain.

Sure, the nitro touch is wonderful, and creaminess can be a valued thing in a brew, if for nothing else than the visual effect--how many things do we drink that transform before our eyes? A bit of magic at the table or bar never hurts. But mouthfeel and visual tricks is about all Irish stout ends up being for me. And now, it's not just because I'm an inveterate hop-head at this point. It's that Irish stout, even with the roasted malt, seems a bit, dare I say, watered down to me. Sure enough, it's a mere 5% ABV and, for beer, a low 198 calories per pint, so it is a bit lite, as it were, compared to the behemoths I like to quaff. (Indeed, I am a behemoth quaffer, which sounds like some insult Puck hurled at Nick Bottom). I always think there should be more there there, and once I've compared a beer to Oakland, you know it's in trouble. (Let's hope Gertrude Stein drank beer, if for no other reason than her last name, but maybe she's busy playing the piano, as that's the Stein way.) (Really, I have not yet been drinking today. Promise.)

I realize a Guinness is practically a session beer, but I've grown too old to pound beers--I want them for the taste (not that I deny the pleasure of the lucky buzz, either). But if I want to reach for a stout, it will more than likely be a Russian Imperial Stout, which is basically a stout on steroids (heck, I was even a Barry Bonds fan, what can I say). There are numerous good varieties, from Stone's to my absolute favorite, which is way better on tap, btw, North Coast's Old Rasputin, which will put hair on your chest (and maybe tongue, tastebuds, and liver, too). But then again, I'm not Irish a bit and Slav through and through, so what do I know. 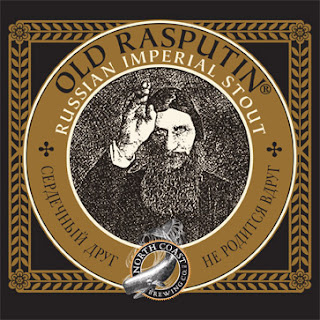