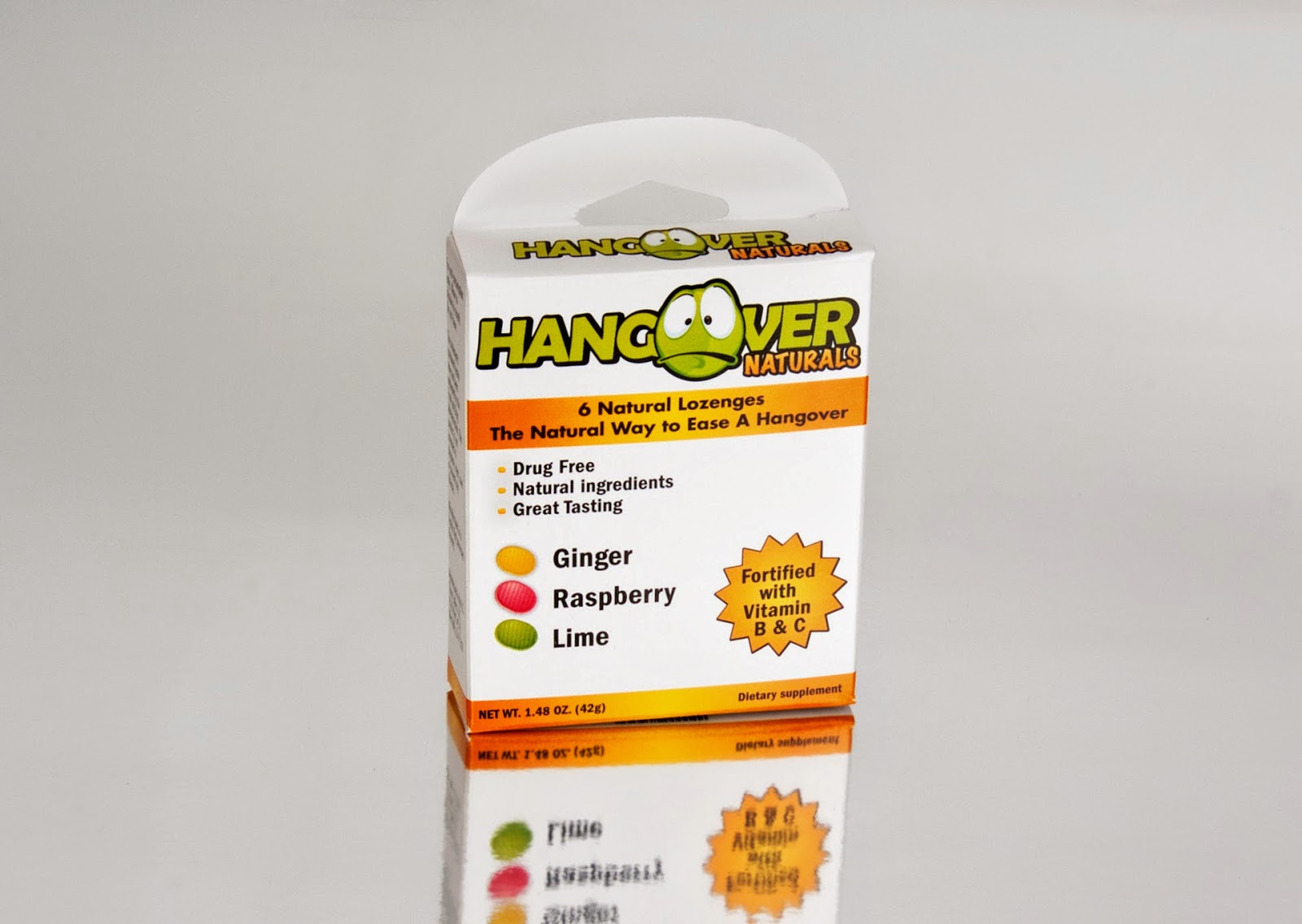 Hangover Naturals: It’s that time of year when it’s easy to wake up after a night of nog, nips, and nosh to feel as if you’ve got 12 drummers drumming in your brain. Of course the best way to alleviate a hangover is to not get one, but immoderation during the holidays is harder to avoid than TV screenings of A Christmas Story.

Email ThisBlogThis!Share to TwitterShare to FacebookShare to Pinterest
Labels: a start and a nudge, hangover, Hangover Naturals, Independent, Sip This 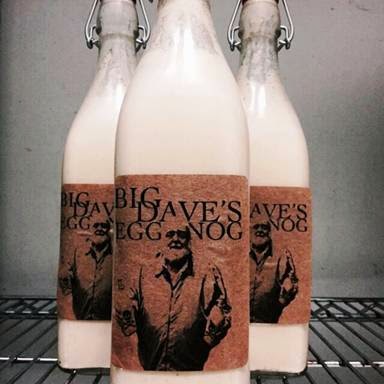 Email ThisBlogThis!Share to TwitterShare to FacebookShare to Pinterest
Labels: a start and a nudge, egg nog, hungry cat, Independent

Wines for the Winter Holidays 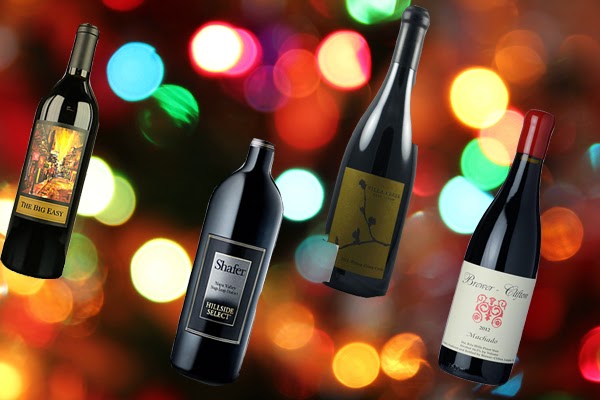 As the last of the year's days turn more to darkness, we fill our calendars with holidays celebrating the solar return. Let there be light: Hanukkah, Christmas, Kwanzaa, even Festivus, for an airing of grievances is really just one more way to make things brighter. Until that happens though, we might want some extra-warming wines, even here in California, where winter is the chance to happily gaze at distant, snow-capped mountains. That means wines with some serious alcohol levels, which has been a bone of big contention in the wine world for the last few years. (Check out the In Pursuit of Balance manifesto as one salvo in the direction of moderation.)

So Set 'Em Up, Robot

No. Everything in life shouldn't be able to happen fast. Yes. Words have actual meaning, and "craft" once had meaning too until it became a happy marketing slap-it-on synonym for "so good you should pay more for it."

That's why I want to kick this Kickstarter in its robotic teeth: Somabar: Robotic Bartender for Your Home. I like a cocktail as much as the next person (as long as that person is Dean Martin or Foster Brooks), but it's simple--you aren't supposed to rush them. The making of them--the craft--is a crucial part of the experience. The smells of each component as you open each bottle. The new scent when it all comes together. The feel of the shaker in your hands as its metal plummets down the thermometer, chill, cold, colder, icy. The addition of the perfect garnish, which isn't what parsley was in the 1970s--it's one more crucial ingredient, part of the aroma's dance that will make you want to drink.

But no, the important thing is--find something on your mobile phone and get it made in 5 seconds.

Sorry, but this kind of thinking sickens me, as it steals 2/3 of the magic of the cocktail hour. Making the drink is part of the ritual. It means you get to focus on something relatively simple--measuring pours--that will bring you exponential rewards for the work you will do. And it puts you in line with history, countless barkeeps, people home from the war (that might just be the daily drudge), stars like Dale DeGroff or Jerry Thomas. Don't you want all that? Shouldn't every last bit of that be in your glass?

If not, that Somabar is all yours. I'll be over here drinking deep of much more than a drink.
Posted by George at 9:27 PM No comments: 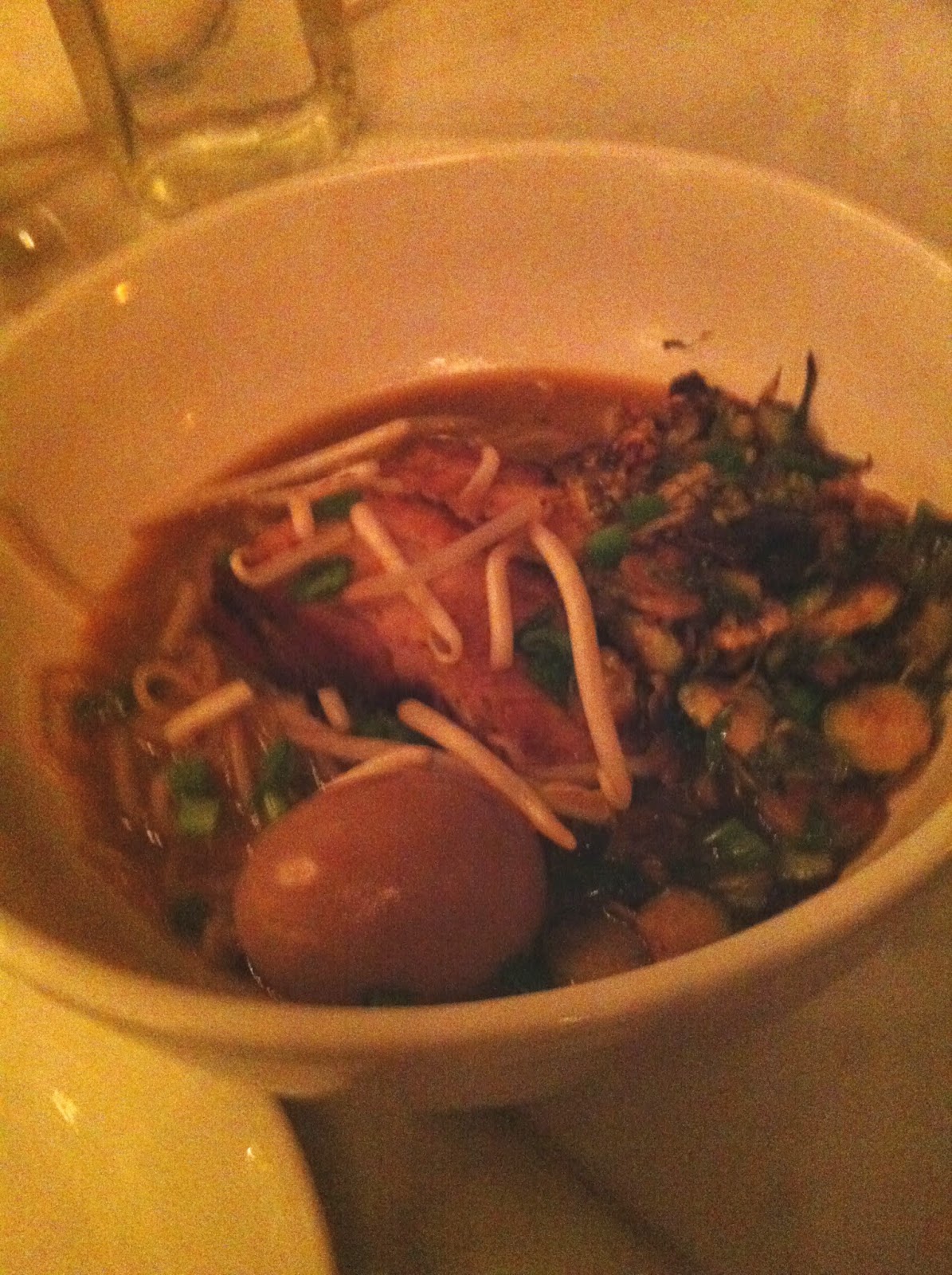 That's ramen, lit poorly, and that will be the last negative word you're going to hear. For what Weston Richards is doing at Les Marchands is a total delight. Every Friday, Saturday, and Sunday night you can order up a bowl, and with it winter (with rain and everything!), what more could you want on a crisp December evening? This is the pork version, decidedly upscale and not what you slurped to save all your cash for drinking back in college. For instance, that's a 53 degree egg (and is their menu wrong or does Richards do his 10 degrees cooler than the temp sous viders seem to generally use? hmmm), looking like it's still in its brown shell but perfectly cooked with a yolk that's just runny, adding more viscous deliciousness to the broth. And then why use bok choy when you can use Brussel sprouts? They've got better flavor for a cabbagy cousin and then roast well too (at least the ones in the soup seem to have bee roasted first).

The two big pork belly strips are cooked to perfection even though they're awash in soup; there's no sense they've been soaking--you'd order them as a dish on their own, fatty, of course--it is pork belly after all--but not just fat. You'll wish there was more. Luckily the broth packs tons of pork flavor, too, and has got a surprising zing to it that might be the only issue with the fine Tatomer Gruner pairing Les Marchands is suggesting for the dish. Why not a wine with a hint of dry apples to go with your pork.

I've left the noodles for last not because they're an afterthought, but because they're delightful. There's nothing like a pasta-type product that still feels alive, with a pleasing chewy sproing to them that might make you a sloppy eater, but you won't care. (OK, this might not be the best first date dish.) They're called alkaline noodles, thanks to the sodium bicarbonate in them, along with flour and water (yep, they're eggless). Richards is appropriately proud of them.

One more good thing--there's a veggie version, too. Unlike one place in town that's very very good but can't seem to make a veggie option soup, Richards makes one with butternut squash, curried coconut milk, shiitake mushrooms, and toasted nori, the milk making the broth almost closer to a sauce than a broth. But you won't care, or at least my wife didn't.

So of course, the place to get noodles is a wine bar. 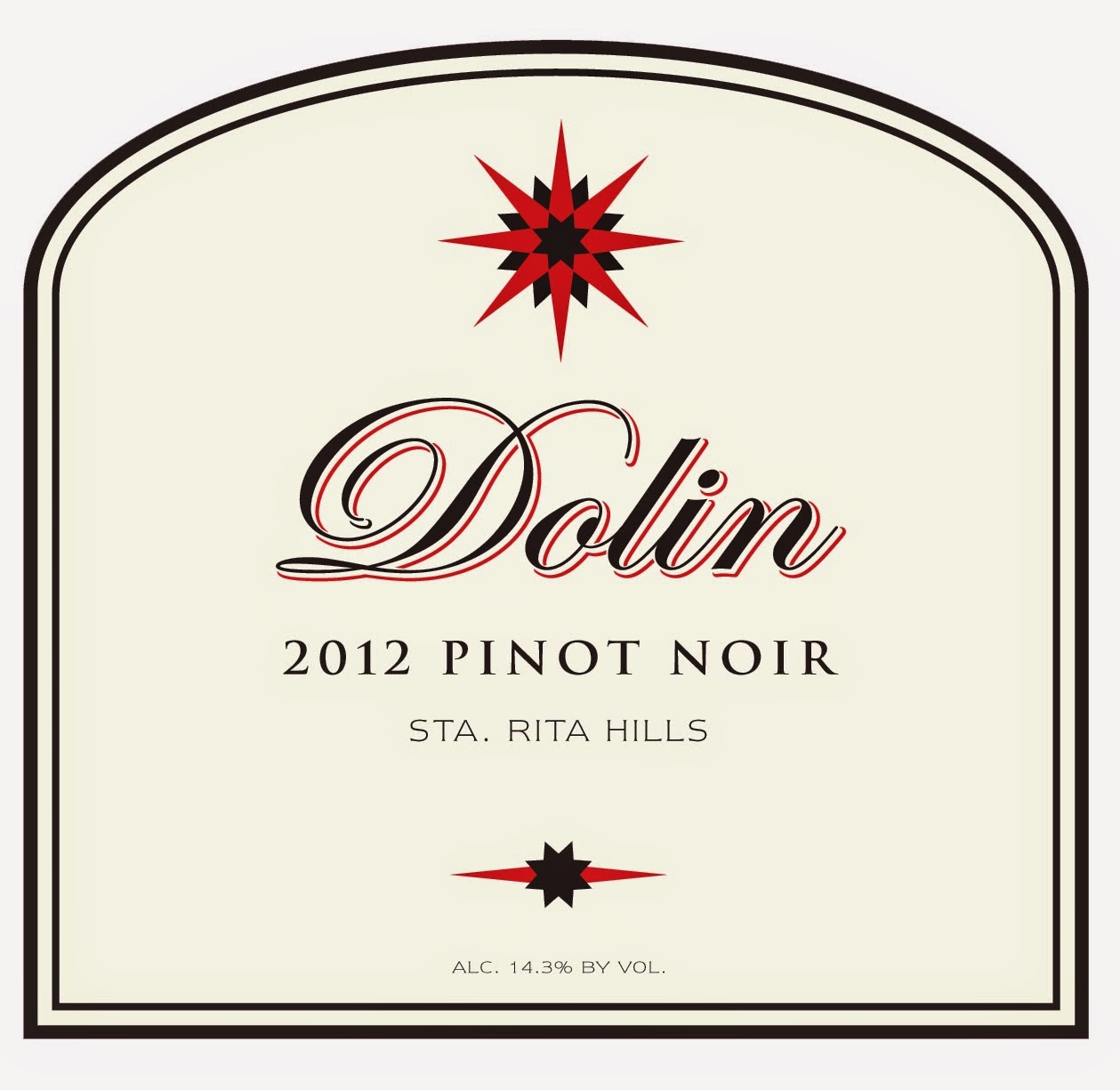 Dolin Estate Pinot Noir, Santa Rita Hills 2012: The Dolin Estate were early players in the Malibu wine scene, but have expanded to make Pinot Noir with fruit from what they bill as “select vineyard blocks” from everyone’s favorite Central Coast Pinot AVA: the Sta. Rita Hills.

Posted by George at 6:30 PM No comments:

Next Stop the Pasta Shoppe

“Fresh pasta versus box pasta — the difference is night and day,” says Diane Harding, owner of The Pasta Shoppe (38 W. Victoria St., [805] 770-3668, thepastashoppellc.com) in the Santa Barbara Public Market. “People come in and buy our pasta from Corona del Mar, Santa Monica, Thousand Oaks, and all say, ‘You have to open something by us!’”

Want to read the rest then do so at the Indy's site.
Posted by George at 6:00 PM No comments:

Email ThisBlogThis!Share to TwitterShare to FacebookShare to Pinterest
Labels: a start and a nudge, Diane Harding, Independent, pass shoppe, SBPM 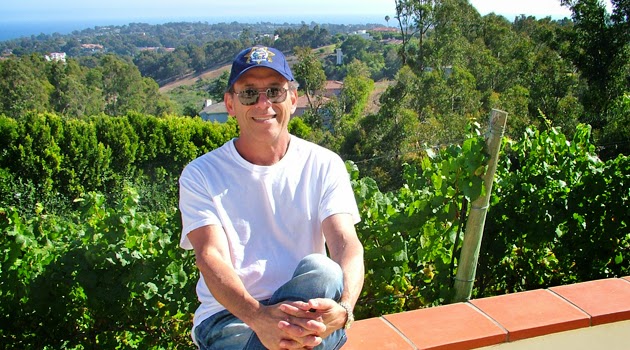 Elliott Dolin, proprietor of Dolin Malibu Estate Vineyards, is a man for whom all the wrongs seem to turn right. Back in the day when he was a bass player, he was in the Manhattan Transfer before they had a recording contract. Then he moved to Nashville, where the jobs were, only to shortly head out to LA -- "the promised land," as he puts it, "of great weather, cars, the ocean, the Beach Boys" -- just when all the session musicians moved to Nashville. You know, where the work was.

The Good Lion Roars into Town

If learning that The Good Lion takes its name from a Hemingway children’s story about a lion that prefers scampi and Negronis instead of fresh kill doesn’t charm you, the bar itself certainly will. Opened last month by recently transplanted Angelenos Brandon and Misty Ristaino inside the Granada building where Marquee used to be, The Good Lion (1212 State St., (310) 770-0899, facebook.com/TheGoodLionBar) exudes old-world charm and ease. But it’s also “Santa Barbara market fresh and seasonal,” said Brandon, adding, “what an amazing market town this is.” 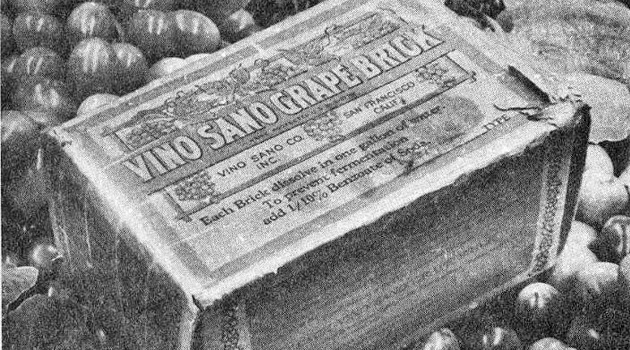 Like Thanksgiving, Mardi Gras, and the Opening of Buck Season in Pennsylvania, December 5, aka Repeal Day should be one of our nation's great holidays. After all, the demise of the 18th Amendment, also known as the Volstead Act, also known as Prohibition, brought an end to 13 (sort of) dry years for our country. Alas, what Prohibition wreaked on California's wine industry reverberated for at least 40 more years (that the era fell between WWI and WWII, and so many fell then, too, of course didn't help matters). But here's one fact that will prove it took decades for an industry to recover from Prohibition: it wasn't until 1967 when table wine finally surpassed dessert wine in volume sales in the U.S.