When Batali's in Your Eye Like a Big Food Mall, That's Eataly!

The worst thing about Eataly--beyond, of course, it's merely at best first blush clever name--is its muchness. It's sort of a Costco of Italian gustatory greatness. The best thing about Eataly--it's sort of a Costco of Italian gustatory greatness. There's no way you could eat it all, even if you were as big as Mario Batali himself, so mostly you walk through with your eyes agog and your salivary glands mimicking Niagara. For it all looks good--it's Italian food, after all. Even just the marbled swirls of perfect prosciutto is enough to make you want to pen prose poems.

In case you've never been, it goes like this--New York City, whole block, extra glam points for being across the street from the Flatiron Building. Walk in and it's a bit of a maze of a market, arranged around topics like kitchen goods or cheese or the wine store that has its own separate entrance, plus 11 restaurants/prepared food stops. For instance, you can get lattes that had some fancier name than latte that will be some of the best coffee you've ever had, very rich and, yes, European. Plus pretty. 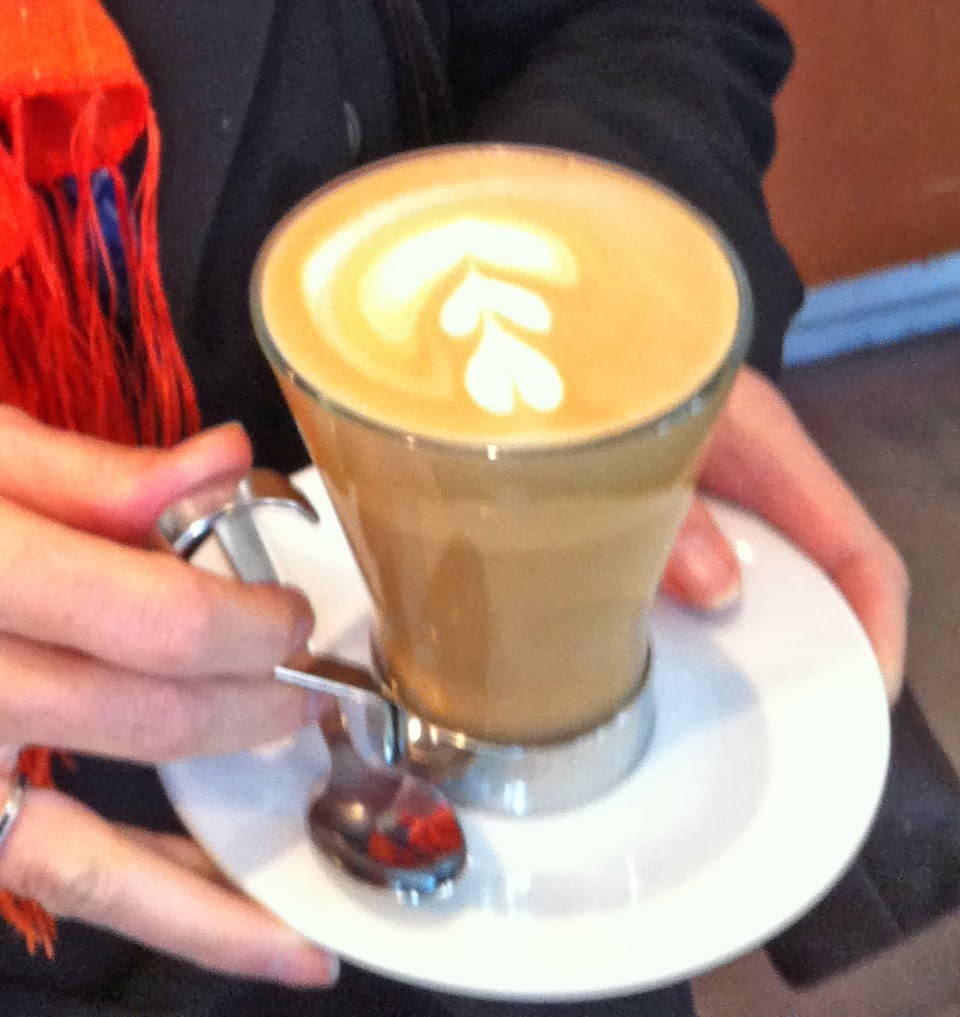 After that, the ogle is on. More dried pasta than there are ways to misspell strozzapreti, more gorgeous Alessi-designed gadgets than guesses as to what the gadgets actually do, more imported artisanal beers that you've never seen imported before, more more more. It's impressive and at a certain point almost frightening, to live in a world so rich of things you never before knew you needed to want.

And we're not talking about a watering down of things--this isn't Disney does Italy featuring your host Pinocchio (be sure to buy your wooden dummy on the way out the gift shop). It's all fine quality stuff, often at the price too match. At least the restaurants aren't too dear, and we can vouch for the pasta at La Pizza & Pasta, as well as the good service, and that it is enough separated from the market floor you don't feel to hustled or rushed. I savored my Gnocchi al Ragu di Agnello, the gnocchi tasty and substantial but not too doughy, the lamb ragu just what you want of anything long-stewed, flavor left to sit in itself and become more if itself. (There's that more theme again.)

We also had to take the elevator ride to the rooftop Birreria, even though we had already lunched. It's probably even more pleasant when the roof's glass can be cracked open on a warm day (we were there on a chilly, if clear, November one), but it's a charming space with some good Manhattan tower views. And beer. The house brews have been dreamt up by Sam Calagione of Dogfish Head, Teo Musso of Baladin, and Leonardo Di Vincenzo of Birra Del Borgo (alas Vinnie Cilurzo of Russian River dropped out, despite having clearly an Italian enough name), and on cask they are truly unique. We had the chestnut mild ale Wanda and the thyme pale ale Gina and preferred Gina, liking the herb attack more than being nuts for the nuts. Even better, the bartender was one of those teasingly-insulting types you sort of hope you get in NYC, even if he was too young and handsome to fill out the stereotype of the crotchety old bar keep perfectly. This, I guess, is a sign of progress. 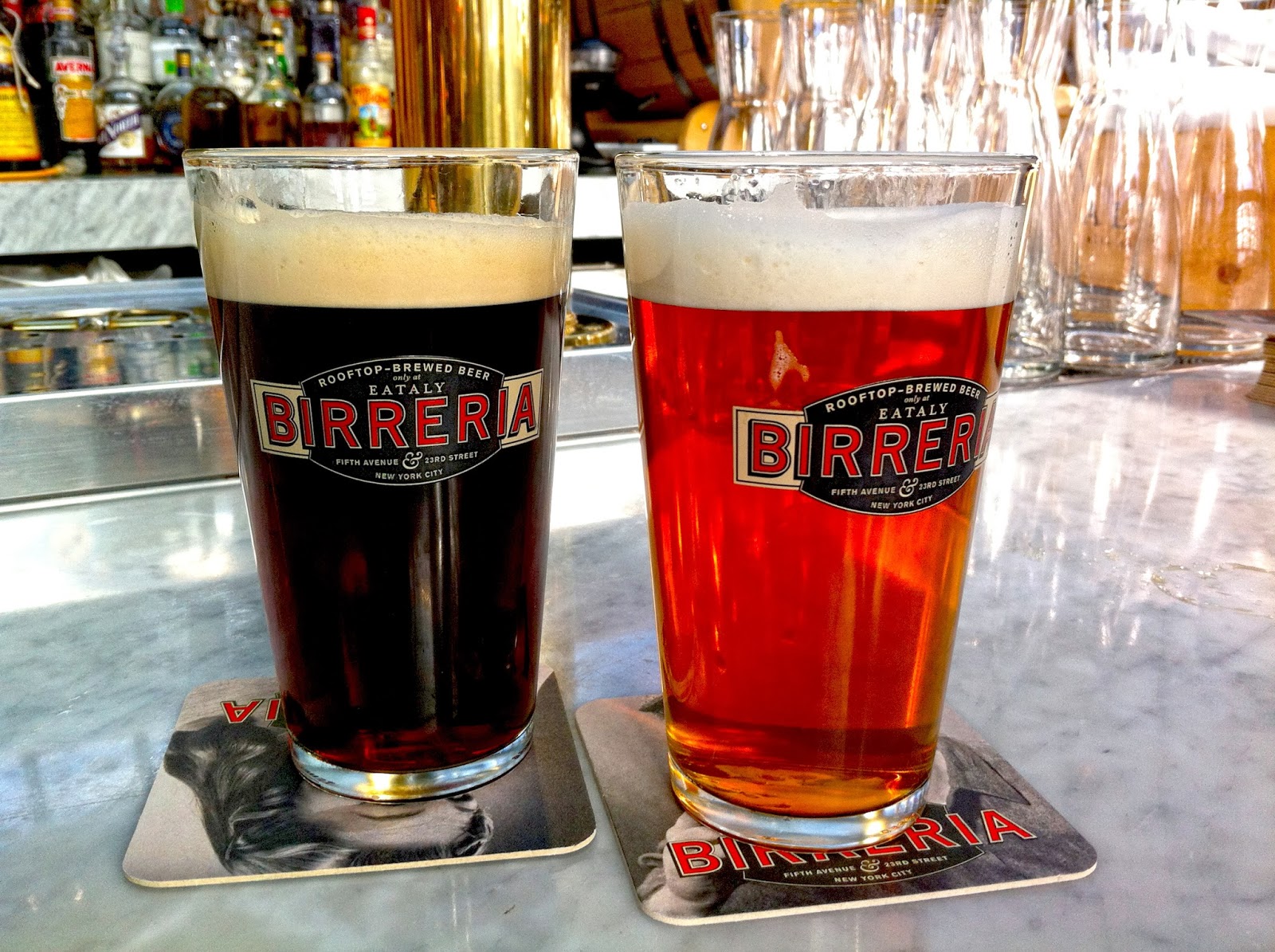 Then, just before we left, to give us one last "this might be some sort of set for a reality show of a life you aren't worthy enough to live" vibe, we walked by cheftestant Travis Masar from the current season of Top Chef. Ah, New York.
Posted by George at 8:00 AM