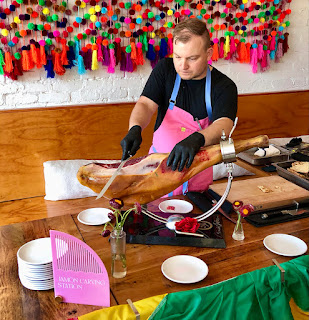 It’s only been about six months since Sergei Simonov started leading the Loquita kitchen as executive chef, but it’s felt like 10 years already. “This summer, we’ve done the biggest business since the restaurant opened,” said Simonov, who tells us more about his circular culinary journey below.

Mentored by Jason Paluska: Simonov moved from the Bay Area to attend culinary school at Santa Barbara City College in 2011, then landed a sous chef job at The Lark under Chef Jason Paluska. “I still call him about things like how to cost out a dish,” said Simonov of his mentor. “He taught me A to Z, not just the flavor profile and palate.” He still borrows from Paluska’s plating style and love of pickled elements.

Want to read the rest then do at the Independent's site.