Global Gardens Is Oil You Need 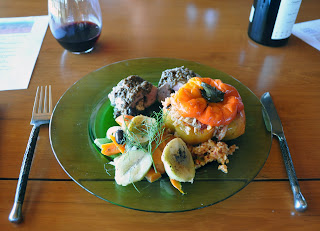 “‘Profits were comparable to cocaine trafficking, with none of the risks,’ one investigator told me,” wrote Tom Mueller in the New Yorker in 2007. Was he talking about white slavery? Bad-debt mortgage loans?

Nope, he was talking about the black market in bogus olive oil. It turns out the world is full of so-called olive oil that’s actually many other oils instead, from hazelnut to a low-grade oil that the Italians call lampante, or lamp oil; and the Italian olive oil you buy may originally be from Spain and merely bottled in Italy.

Want to read the rest, then go read it at the Indy's site.
Posted by George at 8:01 AM

Email ThisBlogThis!Share to TwitterShare to FacebookShare to Pinterest
Labels: a start and a nudge, Independent