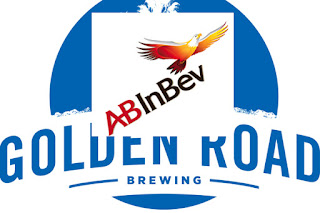 The announcement in late September that Anheuser-Busch InBev purchased L.A.'s Golden Road Brewing, followed by the news InBev finally figured out terms to acquire SABMiller (for $106 billion -- it's the fifth largest corporate takeover bid ever) left me thinking of the once over-heated satire, now sad prophecy, Network. For this isn't a tale about the future of craft beer. It's about, as Ned Beatty's character Arthur Jensen puts it in a fervid speech, "One holistic system of systems, one vast interwoven...multinational dominion of dollars."

Taste or not, craft or not (and has any term been sold to us more than "craft" in the last decade?), both parties have put up a good front about the sale. While Golden Road didn't respond to KCET's request for an interview, there is a video both parties released, featuring Andy Goeler, CEO of Craft, AB, chatting with Meg Gill, CEO and co-founder of Golden Road.