Dishing Up a New Julia 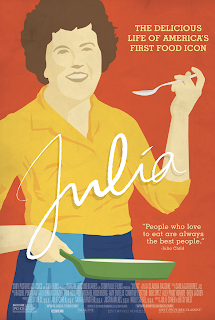 When Oscar-nominated directors Julie Cohen and Betsy West set out to make a documentary about the legendary Julia Child, they realized the public believed they knew her. That meant their goal was for a tone that was, as Cohen puts, “Not the same old same old.” People can find out how they made the story new when their film is screened as part of the Santa Barbara Culinary Experience’s Taste of Santa Barbara weekend on Friday, May 20, 7 p.m. at SBCC’s Garvin Theatre, with the directors on hand for a post-film Q&A.

Early on, chef Marcus Samuelsson, one of the first of many fascinating talking heads, calls Child “the Madonna of television chefs,” an outlandish comparison that’s also apt, as both challenged what celebrity women could and should do. Next, footage of a roasting chicken is set to Jimi Hendrix’s “Fire.” Sure, Child began her breakthrough public TV show The French Chef in the 1960s, but rocker Hendrix still seems from a very different world than the Pasadena-born patrician dishing up boeuf Bourguignon.