Rhone Rangers Offer Up All of Grenache's Guises 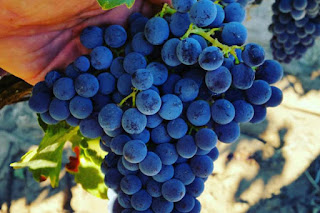 Meet Grenache. A work horse in the Rhone region of France, a favorite in Australia, a cornerstone of the Spanish wine industry (some think it originated there, where it's called Garnacha), Grenache has a checkered history in the U.S. Because as much as the varietal can make delicious wines -- think Châteauneuf-du-Pape -- it also can grow prodigiously, and for years was crucial to filling millions of jugs of wine coming out of California's Central Valley. And you know how it is when you're cheap and loved by everybody -- you don't get the best of reputations.

Want to read the rest then do so at KCET's Food Blog.
Posted by George at 8:00 AM