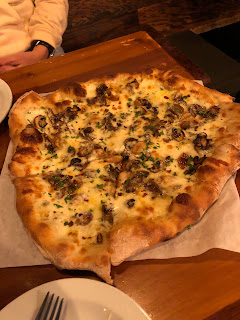 You could say she’s mellowed, or maybe it’s just that the restaurant biz is very different when you’re 42 as opposed to 30. “Sometimes I don’t have the energy to give the customers hell even if they deserve it,” Black admits. “The fun banter at 30 I loved, and I miss the Blue Owl regulars and the fun chaos, but I don’t miss getting inebriated customers until four in the morning.”