Having a Home Beer Fest 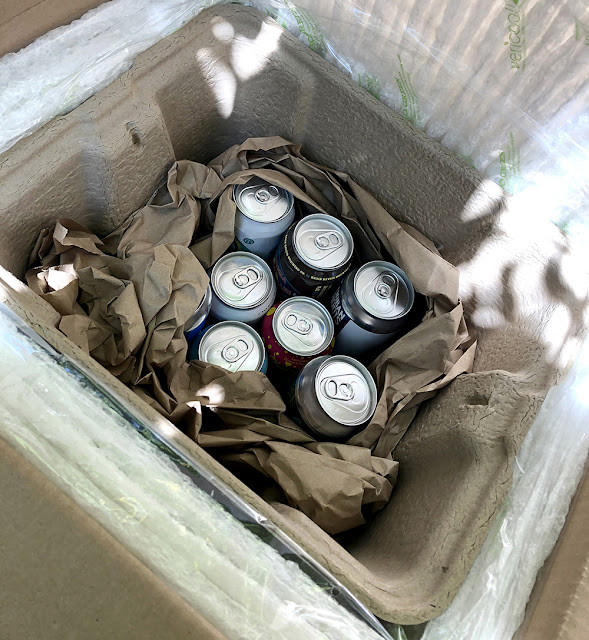 True confession--it's not that uncommon for a bunch of beers to arrive in a box at this house. But that box above was something special, a celebratory statewide smorgasbord, as it were. For you're looking at the 2020 California Craft Beer Summit Experience. There was supposed to be an in-person big deal event in Long Beach in September, but COVID said no to that. Instead, we got to delight--and learn--at home, at our leisure. And a fun time was had by two (I can't vouch for anyone else but us, of course).

But first a word from our sponsor. The California Craft Brewers Association is the oldest state trade association representing craft breweries--go CA! Turns out, according to the brewers who posted interviews as part of the Summit Experience, the CCBA has become even more important during coronavirus shutdowns, which have often changed rules of brewpub engagement almost hourly, it seems. Having a group who could get the legal word and get it straight was crucial for many small (and not so small) breweries. These places had to pivot, and fast; take Sacramento's Urban Roots, who supposedly went from making 400-500 cans a month to that many per week, as everyone wanted beer to go when the pubs shut down.

The beer that went down our gullet here in Santa Barbara was as follows: 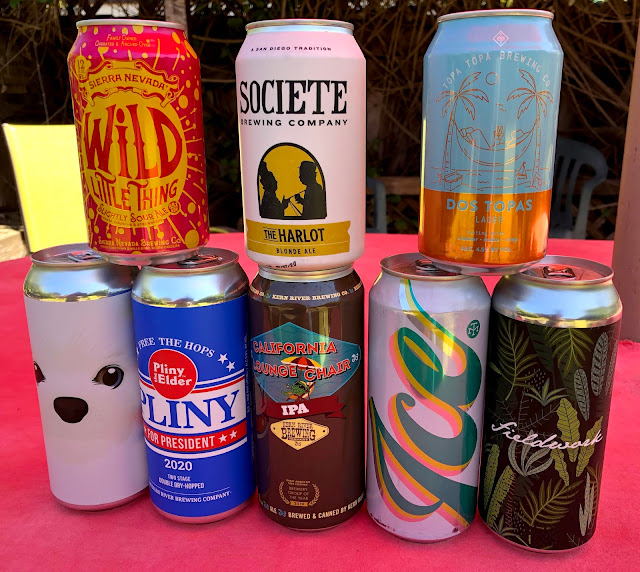 That's a pleasing range, geographically and stylistically, featuring old-timers and up-and-comers, small producers and those who can only claim they are "craft" in mentality and approach thanks to their production numbers. (Digression: did you know Sierra Nevada makes 1,250,000 US beer barrels annually? So if you built a swimming pool to swim in one year of their beer, it would have to be over 10,000 feet long, over 1,900 feet wide, and 380 feet deep!) The beer wasn't all you got for your $60 per participant. Some cool, branded glasses arrived with a handy cheat sheet for the four pairs of beers they set up as courses (that also suggested food pairings that ranged from mightily specific--watermelon and feta salad--to more abstract--beach days and sandy feet), and you also got a handy beer tasting notes journal, so you could record your impressions of the beers and even get some practice in using the flavor wheel that breaks beer down into its components. (Here's my thumb and my slightly out-of-focus thoughts of Sierra Nevada's Wild Little Thing.) 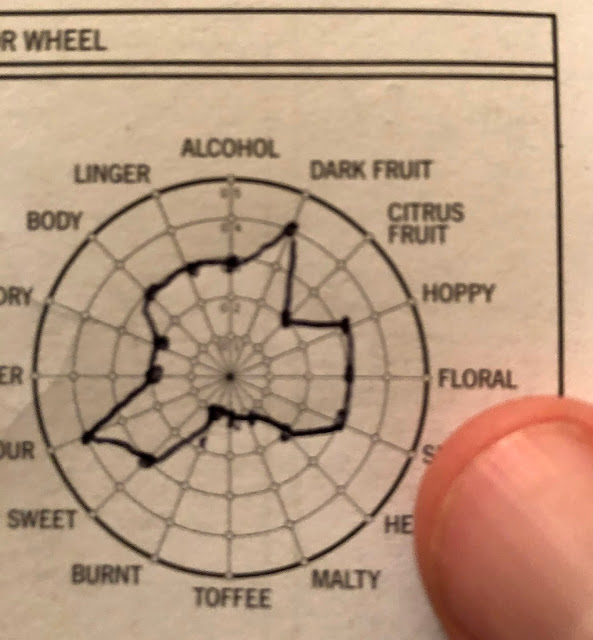 The most informative part were Zoom-held conversations between beer-makers that you got to watch as you sipped along. Having the videos of the conversations on YouTube meant you didn't have to make it to a specific, scheduled time, and we took ours to go through the full set (each chat was about 45 minutes long). It certainly provided a great peek into the world of beer-making and the world of beer-selling right now, when everything seems so tenuous. There was much talk of COVID, and luckily everyone seemed to be managing, and even planning blasts for the day drinking within touching distance of others can happen again. Perhaps we need to get ready for something to rival the original Repeal Day. After all, Natalie Cilurzo from Russian River put it this way when describing what makes a beer memorable, "It's not just the beer, it's the time, it's the place, it's the company." Sometimes it's the fish tacos, though.... 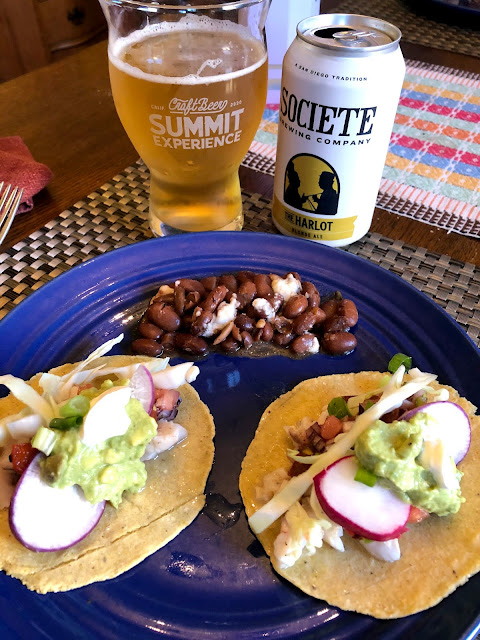 Our homemade ones (thanks Kevin, for the fresh fish!), with homemade tortillas and beans, as well--the pandemic has us at the top of our cooking game, don't know about you. So getting to enjoy all that with a Societe beer is truly wonderful, and very San Diego without leaving home. Or this pairing, a saag with feta cheese, rice, and fresh-from-the-garden-tomatoes.... 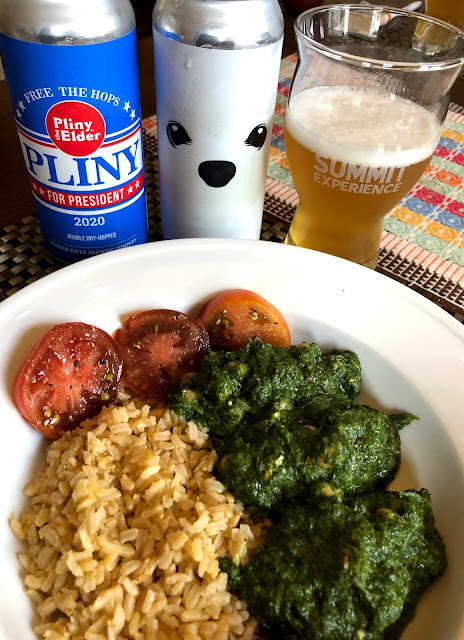 I'm going to pass on reviewing the beers as they all were delicious in their different ways, aimed for different tasting experiences, outdoor temp, times of day, and that's the exciting thing about craft beer right now. Sure, hop bombs might lead sales, but everyone's having fun experimenting, too, even if that means nailing classic styles. As Jack Dyer, co-founder of Topa Topa put it, describing why he's so proud of his brewery's Dos Topas Mexican style lager, "It's easy to cover up challenges with heavily-hopped beer, but with this beer, if the process is off at all, you're going to taste it."

Pretty much the one area of agreement, though was--wtf, hard seltzer? One speaker admitted, "If that existed when I was in my early twenties, I would have died an alcoholic." While Dr. Eric Giddens, founder of Kern River Brewing, put it this way, "I'm a beer-flavored beer guy." And these eight breweries delivered--to your door--the beer-flavored beer goodness.